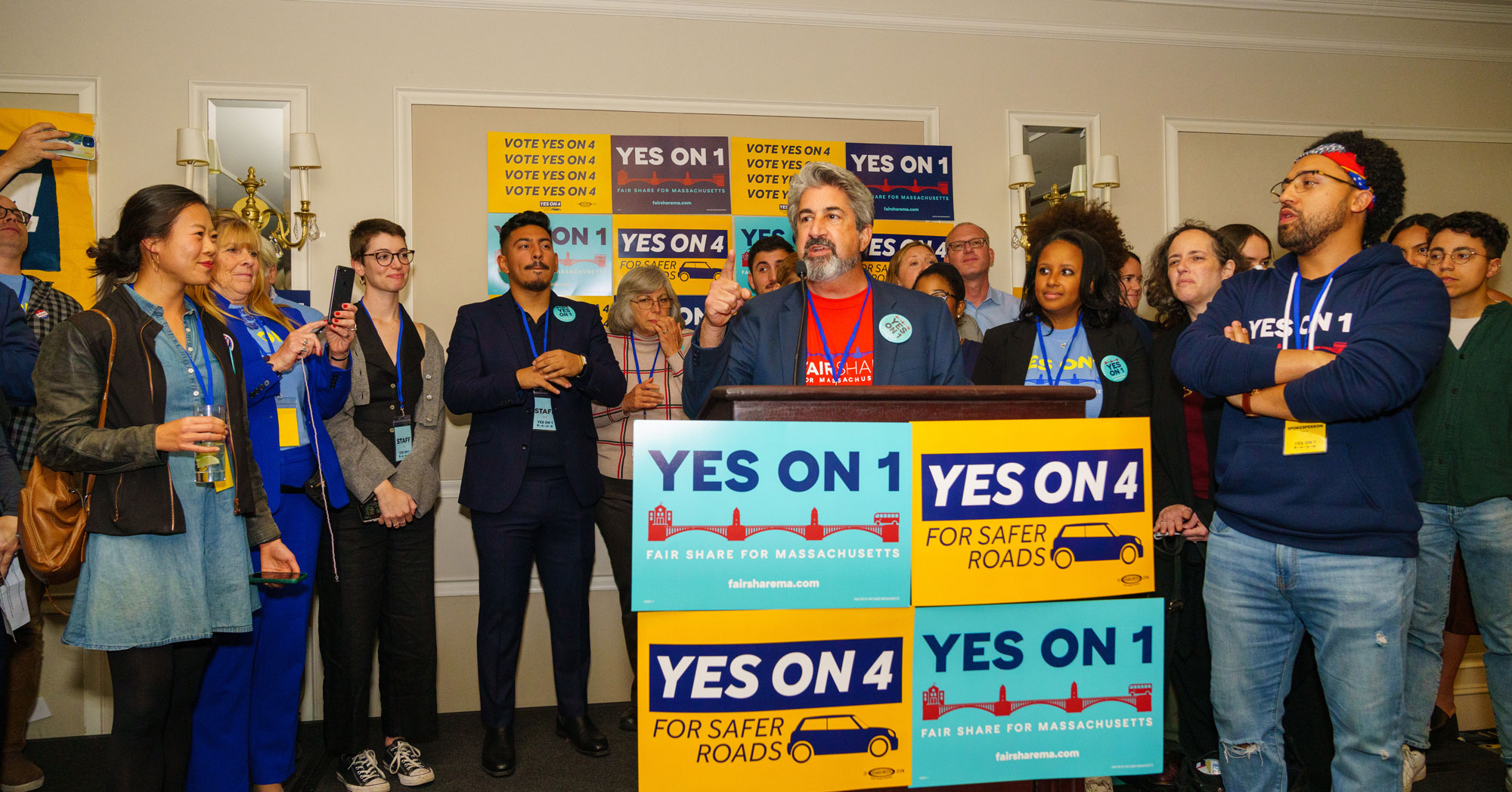 Students, families, public schools and public colleges in Massachusetts won an unprecedented victory today with the passage of the Fair Share Amendment. Public education and transportation in the Commonwealth will receive billions of vital dollars in additional annual funding, allowing for investments that will benefit every resident of the state. We are proud that the MTA and our 115,000 members played such a central role in winning this generation-defining victory, which will help create a fairer and more prosperous Commonwealth.

Educators, students and communities are gratified that voters in Massachusetts saw through the deceptions put forth by the very rich opponents of Question 1 and determined that the state should take a major step toward creating a more equitable tax system. Voters recognized the necessity of providing stable funds for public schools, colleges, roads, bridges and transit systems. 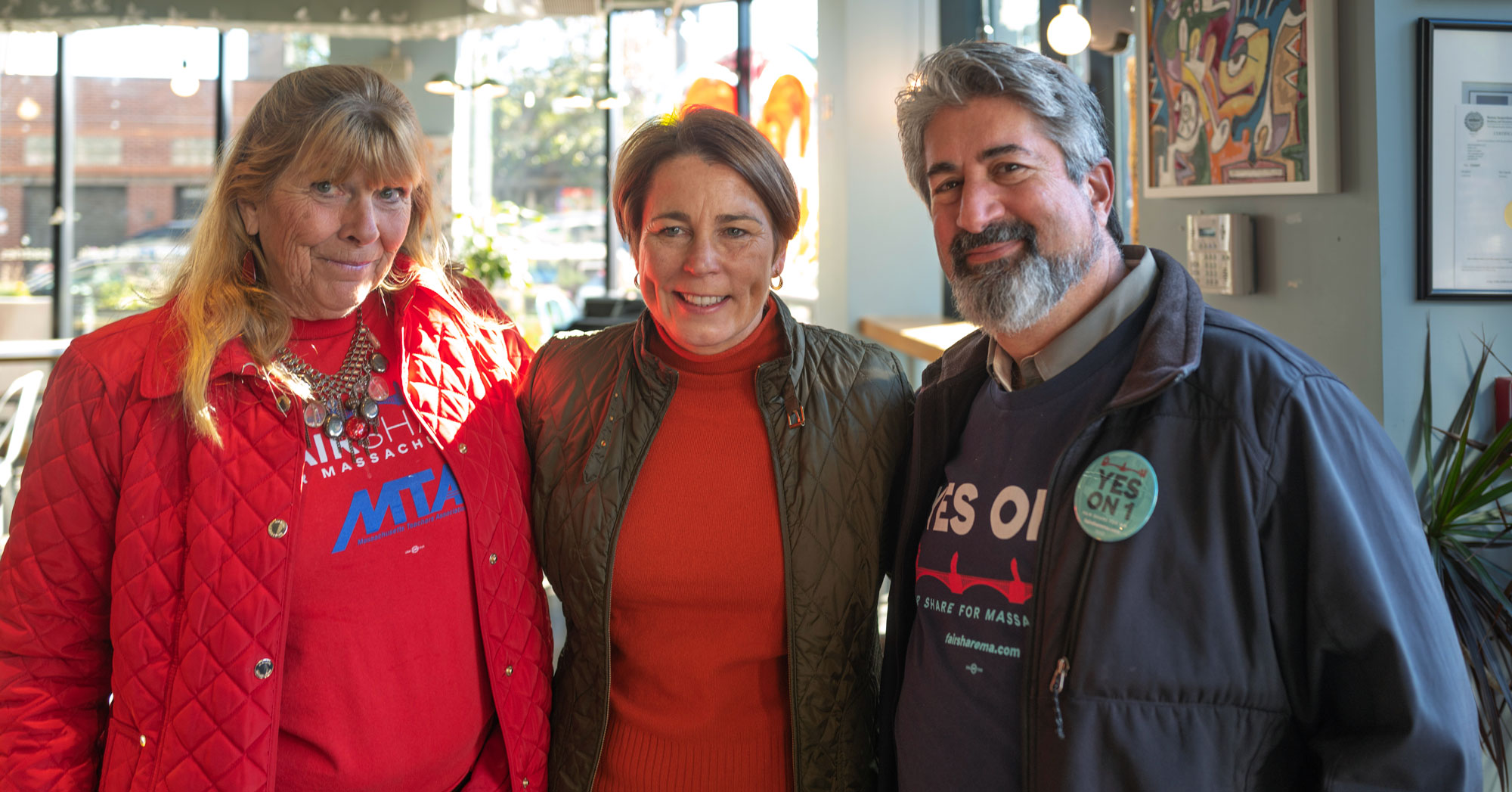 The MTA congratulates Attorney General Maura Healey on her overwhelming victory to become the next governor of Massachusetts and Kim Driscoll on becoming the state’s new lieutenant governor. Throughout the campaign, the Healey-Driscoll team listened to educators and echoed our concerns about the effects that inadequate funding, punitive standardized testing and structural racism are having on public education, from prekindergarten through college.

Governor-elect Healey shares our vision that the public good should be strengthened — and has committed her administration to ensuring that the money raised through the Fair Share Amendment truly will be used for improving the lives of students and working families.

Following years of austerity budgeting for education and a gubernatorial administration with a diminished vision for what our public schools and colleges can be, the passage of Question 1 provides us with reason for profound hope.

Voters embraced Question 1 for what it was: an important step toward creating tax fairness in our state. The resulting investments to be made in public education and transportation will benefit all of us.

Indeed, today is a big victory for our state, for our students, and for our communities. We join everyone who worked so hard in celebrating the outcome and the generational change it will bring in the years ahead. 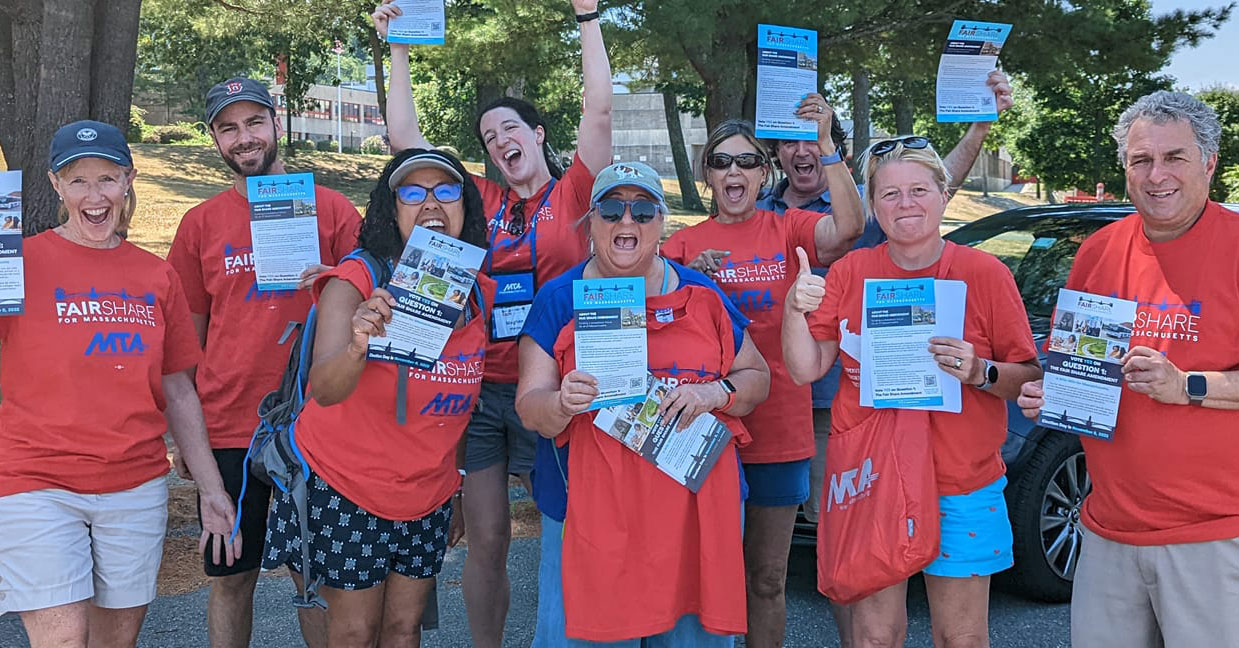