Advocating for state reinvestment in public higher education on a scale similar to that made in 2019 for preK-12 public education, the Higher Ed For All coalition announced its goals at a State House event.

Students, educators, business leaders and legislators are organizing for debt-free public higher education, increased student support, fair and equitable pay for all faculty and staff, and a return to a model in which the state covers the cost of campus building and maintenance needs.

According to MTA President Max Page, the Fair Share Amendment approved by voters in November and its introduction of progressive taxes on the very wealthy to pay for public education and transportation projects makes it possible to undo the many harms that austerity budgeting has created in public higher education over the past 40 years. Crushing student debt, the exploitation of adjunct faculty, the elimination of student support services, and a shift of capital costs from the state to individual campuses – and ultimately to students – have undermined the public good of public higher education, Page said.

Page, a second-generation professor at UMass Amherst, recalled how up until the 1980s, students from working families could attend the university debt-free and receive a world-class education.

“We did it before and we can do it again,” he told legislators and public higher education supporters attending the event.

Claudine Barnes, president of the Massachusetts Community College Council, described how low pay has eroded the ability of public colleges and universities to hire faculty and staff.

“We have failed job candidate searches at all 15 (of the community college) campuses,” said Barnes, an instructor at Cape Cod Community College. Barnes explained how she had to work a second job as a bartender for the first 11 years of her career, just to make ends meet.

The difficulty that colleges have in hiring makes it that much harder for them to develop a diversified workforce, and it creates untenable workloads.

“We are losing valuable faculty and staff mid-career to other colleges and careers,” Barnes said.

That staffing shortage is not just a problem at community colleges.

“We are losing valuable faculty and staff mid-career to other colleges and careers.”

Clare Sheedy, a student at UMass Amherst, described the impact of too few advisors on her campus.

“Mentors are key to our success,” she said. 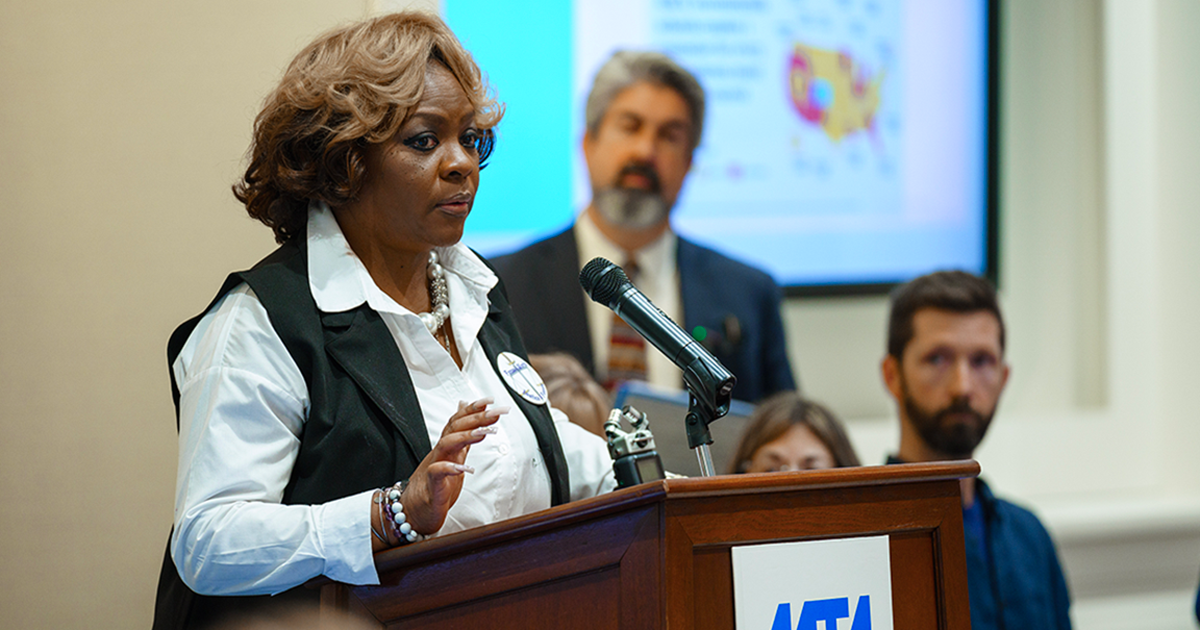 Our legislative priorities include reinvesting in preK-12 and public higher ed, ending the high-stakes testing regime, securing the right to strike, and ensuring a secure and dignified retirement.

Sheedy told her story about arriving at UMass as a shy 18-year-old. During her freshman year, Sheedy was sexually assaulted, and she said the experience left her emotionally shut down. Working closely with an advisor helped Sheedy to regain her confidence and also brought clarity to her academic pursuits.

Sheedy became a student leader and is now a candidate for a master’s degree in public health. She also has produced a TED Talk that addresses sexual violence, and she attributed her success to the support she received from an advisor.

Not only is there a shortage of advisors on the campus, Sheedy explained, but also a lack of diversity within the advising ranks. That especially hurts students from marginalized communities.

“The experiences, mentorship and opportunities that I have had at UMass made me realize the true disservice being done by all universities that neglect to provide students with full-time academic advisors,” she said.

The Higher Ed For All initiative is also aiming to increase pay and provide equitable access to health and retirement benefits for adjunct faculty. In the community college system, adjunct faculty teach more than half of the courses, yet those instructors have no idea if they will be working from semester to semester.

“We change lives. We change communities."

Another priority for the campaign is to restore a funding model for public higher education that returns responsibility to the state for paying for constructing and maintaining campus buildings. With most of those costs now in the hands of individual campuses, public colleges and universities are taking on higher amounts of debt and passing those associated costs along to students in the form of hugely inflated fees.

The Commonwealth owns the land and the buildings, so it has a responsibility to take care of them,” said Salem State University Professor Joanna Gonsalves, who is part of a statewide campus debt relief project.

In advocating for debt-free access to public colleges and universities, the Higher Ed For All campaign is challenging the conventional wisdom that fewer students today are pursuing post-secondary education or training.

“That may apply to some private colleges, but that is the wrong way to think about public higher education,” said Anneta Argyres, president of the Professional Staff Union chapter at UMass Boston. “Instead, we should be thinking about the tens of thousands who graduate and can’t afford to go to college, or the 700,000 adults in Massachusetts who started college but never finished.”